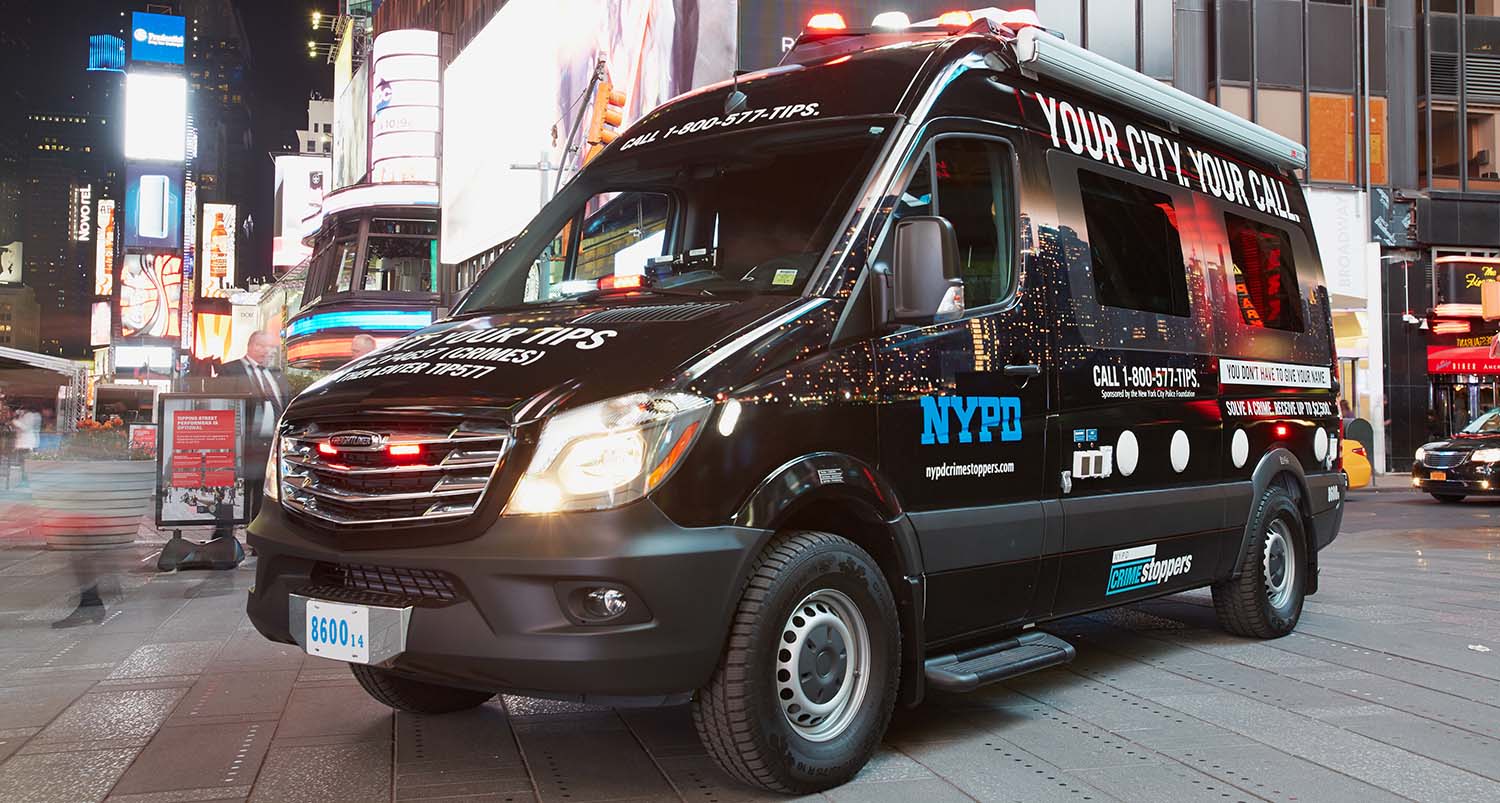 The Crime Stoppers Program offers rewards of up to $3,500 for anonymous information to the 800-577-TIPS hotline that leads to the arrest and indictment of a violent felon. This public/private partnership between the NYPD and the New York City Police Foundation has been an invaluable crime-fighting tool since the program’s inception in 1983.

The Police Foundation administers the program, distributes rewards and coordinates media campaigns to encourage public awareness. To ensure the anonymity of callers and maintain rewards, Crime Stoppers cannot be funded through traditional police resources. The Police Foundation must therefore rely on donations to support the program’s rewards and public education efforts.

Your support of Crime Stoppers provides clear, measurable results for our city:

Private funding from individuals, corporations and foundations helps assure that criminals get the message: CRIME DOESN’T PAY. CRIME STOPPERS DOES.

In 2019 the Police Foundation and the NYPD unveiled a new CrimeStoppers app which allows members of the public to submit tips on their mobile device.

Operation Gun Stop has removed thousands of guns from the streets of New York and led to the arrest of thousands of criminals.

More than half of the homicides in New York City involved illegal handguns. The Police Foundation gives rewards of $1,500 for anonymous tips to 1-866-GUN-STOP or 311. The Gun Stop Program has led to over 7,800 arrests and the removal of over 5,000 illegal weapons since the program’s inception in 2001. Over $3.2 million in rewards have been approved to date.